To inspire and innovate is also to break traditional boundaries

What is World Space Week?

World Space Week is an international celebration of science and technology, and their contribution to the betterment of the human condition. The United Nations General Assembly declared in 1999 that World Space Week will be held each year from October 4-10. These dates commemorate two events:

Declared by the United Nations

The mission of World Space Week Association (WSWA) is to strengthen the link between space and society through public education, participation, and dialogue on the future of space activity using World Space Week as a focus.

To achieve this mission, the strategy of the World Space Week is to expand UN-declared World Space Week, 4-10 October annually, to efficiently focus global attention on space through widespread events that week and associated media coverage. Specifically, the Association shall:

The long-term goal of the Association is to sufficiently institutionalize UN-declared World Space Week such that it continues to grow throughout the world by itself.

Circle of Sustainable Europe is responsible for organizing the World Space Week in Belgium, The Netherlands and Luxembourg. Benelux has been a firmly established practice since the introduction of a customs union in 1944 which became operative in 1948 as the Benelux Customs Union. The initial form of economic cooperation expanded steadily over time, leading in 1958 to the signing of the treaty establishing the Benelux Economic Union. The Benelux Union is to deepen and expand cooperation among the three countries so that it can continue its role as a precursor within the European Union and strengthen and improve cross-border cooperation at every level. Through better cooperation between the countries, the Benelux strives to promote the prosperity and welfare of the citizens of Belgium, the Netherlands and Luxembourg.

Circle of Sustainable Europe (CoSE) is closely working together as a partner with the NASA Space Apps Challenge. In Nijmegen, Delft and Twente annual hackathons are organized to facilitate, educate, and advocate for STEM-education stands for: Science, Technology, Engineering and Mathmatics. The common thread among Space Apps participants is that you are interested in space science and exploration, you are creative, and you want to solve problems. Space Apps inspires collaboration, creativity, and critical thinking, fosters interest in Earth and space science and exploration, and encourages the growth and diversity of the next generation of scientists, technologists, designers and engineers. Space Apps is managed by the Earth Science Division, Science Mission Directorate, at NASA Headquarters in Washington, DC.

Space Apps is an international hackathon for coders, scientists, designers, storytellers, makers, builders, technologists, and others in cities around the world, where teams engage with the National Aeronautics and Space Administration’s free and open data to address real-world problems on Earth and in space. 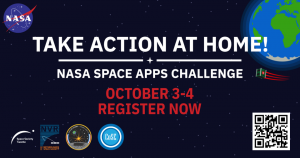 Over 29,000 people from 71 countries and in 225 cities around the world participated in the 2019 International Space Apps Challenge. In May 2020, the virtual-only Space Apps COVID-19 Challenge concluded with over 15,000 participants from 150 countries.Space Apps builds connections. As a part of Space Apps, you are part of a global hackathon community that embraces collaboration across borders, sectors, and cultures to bring about paradigm-shifting innovation.

Spacefluencers | Influencing the Future of Space

Circle of Sustainable Europe (CoSE) has been in close collaboration from the start with Spacefluencers. Which came out as an idea after the World Space Week and NASA Hackathon in 2019, we pitched the idea to a variety of Space educators, professionals, students, and cross-collaborators from different industries that ‘to a certain extent’ indirectly work with innovative space technologies. As we are bridging the gap between the ‘complex’ aspects of space technologies, we deliberately emphasized the people with influence from various backgrounds to communicate it more ‘simply’ and with various perspectives. (- www.spacefluencers.com).

We envision a community of Space Influencers able to educate, inspire and entertain as we aim to venture beyond the stars. 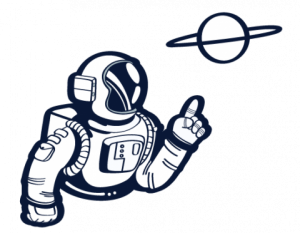 Bring awareness to the (new) space industry and make space knowledge accessible to all people from all fields. 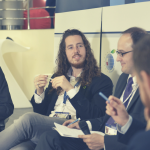