With the expanding endeavors of governments, non-governmental organizations, and environmental activists like Greta Thunberg towards fighting climate change, consumers from all over the world are becoming more environmentally aware and responsible in their everyday life decisions, including their purchasing propensities. Thus, when it comes to shopping, a growing proportion of customers tend to prefer buying items that are more environmentally friendly, even if it would cost them more. In fact, Nielsen’s Global Sustainability Report of October 2015 showed that two third of the global consumers are ready to pay more for less environmentally damaging products, compared to only a half of them in 2013.

Since worries about both corporate social responsibility and environmental responsibility are arising, businesses around the world take part of this shifting movement, as well. Whether or not the brands are truly concerned about the environment, it is necessary for them to meet their customers’ need for eco-friendly products in order to improve their satisfaction, maintain their market share, and ensure their survival. Across thirteen countries, brands that have shown dedication to sustainability grew by 4% in the past year, outperforming those that have not which only grew by 1%. Consequently, having social and environmental sustainability approaches is becoming an indicator of success and a definite “must-have” in the corporate world, not just a “nice to have” anymore.

“Customer brands that have not embraced sustainability are at risk on many fronts.”

What Drives Brands to Greenwashing?

Even when customers are willing to pay more for them, eco-friendly products are very expensive for companies to produce. What makes these items more costly than others are multiple stages of the supply chain which are required for them to be produced yet remain unaffordable for many companies that are trying to build a better reputation in the market. Even though the demand for green products is increasing at a significantly high rate, green products only account for a small proportion of the total sales worldwide. Therefore, the number of green operations is minor to the total amount of processes taking place in big factories. Since these units are often shared, a lot of work, time, and effort is needed to ensure that these processes do not get mixed in every aspect of their operation, requiring more costs for the brands and higher price tags for the buyers (Kenton, 2021).

Consequently, businesses spread false claims and share misleading facts about their products or operations only to appear more environmentally responsible in the eyes of the customers and to take advantage of the growing demand for eco-friendly items, a process generally known as greenwashing. Cambridge dictionary defines greenwash as “to make people believe that your company is doing more to protect the environment than it really is”. The term was first used by American environmental activist Jay Westervelt back in 1980 when he was doing his research as a student on a pacific island and noticed that the hotel’s administration was asking visitors to pick up their towels to save the environment while it was constructing new bungalows for an expansion plan of the hotel (Watson, 2016). 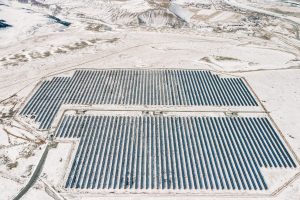 Picture made by – Mikhail Nilov

In September 2015, the Environmental Protection Agency of the United States noticed an unusual emission level of CO2 and NO2 when testing the Volkswagen TDI engines (Turbocharged Direct Injection). The German automobile company had first introduced the new engine to the US market in 2010, claiming that it had fewer gas emissions compared to its competitors, and it was more environmentally friendly. It appeared that Volkswagen used a software program to control the result of the EPA test when it first introduced the engine in 2010 (Blackwelder, 2016). This emission scandal, one of the most famous greenwashing misconducts in the automobile industry, has sharply ruined the company’s reputation and costed Volkswagen a total of over twenty-seven billion euros, from compensation to fines, which affected its financial health (Ewing, 2017). Volkswagen’s famous 2015 emission scandal has forced its CEO to try his best to fix its environmental image and reputation by setting multiple projects for the improvement of its ethical performance on different levels (Siano, 2017).

Whether greenwashed or not, brands usually try to convince the market that their items are more natural and healthier than their competitors’ through the naming or packaging processes. However, businesses that are truly selling eco-friendly items will specify their special benefits in a very straightforward message. It could be that they use a comprehensible language and a clear font, indicating whether the claimed message involved the packaging, the whole item, or simply a certain part of it. Sometimes, the brand might go as far as mentioning the ecological benefits that distinguish their products from others in the competition in a supported and well verified claim (Acaroglu, 2019).

Contrarily, when brands are not reasonably specific in their claims, they might be considered greenwashing since they have no existing valid environmental benefit. For example, a plastic wrap that contains a certain item is described as “recyclable”, however, it is not indicated whether the wrap or the item is recyclable. Unfortunately, many businesses do not do it intentionally as they lack expertise in environmental matters, taking a big volume in the battle against issues like climate change. Thus, it is crucial to be able to identify greenwashed items and subsidize them with real eco-friendly and sustainable ones in order to put an end to the misleading practices of greenwashing. By the end of this year, the European Commission will be setting new reliable standard measurement procedures that will make authentic all green allegations on products, encouraging consumers to make better and more sustainable choices by comparing the footprints of different items, while putting an end to greenwashing. 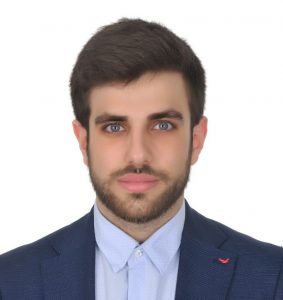 “Ayman El Rifai is our content creator from Lebanon with a Bachelor’s degree in Business Administration from the American University of Beirut. He joined Circle of Sustainable Europe (CoSE) because he believes in the importance of adopting a sustainable approach in our everyday activities and on the corporate and governmental levels.”

Acaroglu, L. (2020, October 9). What is Greenwashing? How to Spot It and Stop it. Medium. https://medium.com/disruptive-design/what-is-greenwashing-how-to-spot-it-and-stop-it-c44f3d130d5.

Kenton, W. (2021, January 23). What You Should Know About Greenwashing. Investopedia. https://www.investopedia.com/terms/g/greenwashing.asp#:~:text=Greenwashing%20is%20the%20process%20of,company’s%20products%20are%20environmentally%20friendly.

Watson, B. (2016, August 20). The troubling evolution of corporate greenwashing. The Guardian. https://www.theguardian.com/sustainable-business/2016/aug/20/greenwashing-environmentalism-lies-companies. 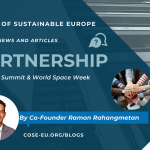 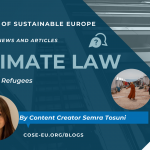