Sudan and its long road for Sustainable Development

History of the region

Sudan originally has been in between de cultural traditions of Africa and the Mediterranean world. This resulted in a mix of cultures, practices, and traditions across the region. Literally translated to Arabic, the word ‘Sudan’ means; “land of the black people”, the region has a history synergizing with the Old Kingdom of Egypt (c. 2700–2180 BC) or also known as the Kingdom of Kush. However, today’s modern Republic of Sudan was formed originally in 1956.

Back when the Kingdom of Egypt had established political and military power over Kush; priests, representatives, merchants, and workers settled in the region. In fact the Egyptian language became widely used. Many rich Kushites were in fact still worshipping the Egyptian Gods in all its forms. To this day, the temples remain in the center of official religious worship until the coming of Christianity to the region during the sixth century. This began to be a major turning point for the Sudanese people and its historical culture to this day with its effects seen to this day. 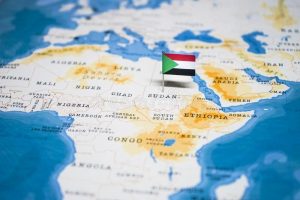 #1 The Flag of Sudan in the World Map (source; dreamstine.com)

Within the Sudan region there is a lot of political and military instability, especially after the coup in the morning of October 25st 2021. This situation led to the dissolution of the Sovereignty Council. Expected elections were pushed back to July 2023. The military formed a new Sovereignty Council and took the authority on its own and protests broke out right after they took control. COVID-19 made it even worse to bare all the atrocities. Inflation skyrocketed to 400% making basic living conditions even harder for many Sudanese, making matters even worse. Also these peaceful protests and demonstrations were shattered and many people were killed by the army in order to not raise awareness of a declining nation to the international community, thereby, hiding their atrocities committed.

The military takeover is a desperate attempt to keep the economic, social and political agenda under the rulership of a few and powerful, thereby, neglecting basic international human rights. While Western governments and the EU are strongly condemning the coup this basically will either lead to one of these three main outcomes; a) civilian led-government control. b) return to the power-sharing agreement. c) military dictatorship. Which in the latter case the international community will eventually try to step in by implementing policies, foreign aid and order for a democratic law. 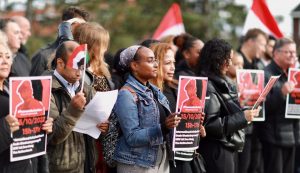 Because of this coup a revolution has broken out. However, at the same time this also has created ambitious demands for security and peace building, and for economic, political and social reform in the country according to the UN Sustainable Development Goals (SDGs 10 and 16). Still the major challenge for transformation, therefore, remains the existence of numerous armed groups in the country with different visions, as its a challenge to get them to cooperate as one, in addition to the economic crisis, massive debt and the presence of large numbers of corruption, individual interests and the number of refugees, all these are challenges that face the efforts to stop the wars and build sustainable peace in the country.

In order to move more closely to that direction and for the international community to be able to assist to balance their national interests, the Government of Sudan and the UN Environment Programme (UNEP) jointly launched the first-ever State of the Environment and Outlook Report for the Republic of Sudan under the theme of Environment for Peace and Sustainable Development.

The report highlights the following needs:

This report is an observation of Sudan’s specific environmental challenges, covering a multitude of issues from deforestation and land degradation to waste management to food security. It provides detailed facts and figures collected from a broad spectrum of institutions, officials, experts and stakeholders. The final chapter of the report explores various policy options for a sustainable and peaceful future for Sudan debated fairly, equally and respectfully including its citizens. 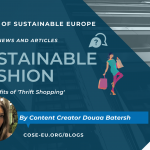