Carbon Pollution is inevitable, but what should we do about it?

As it is quite impossible to live on a planet without Carbon pollution, we as in businesses, governments, organizations, and civil society, can reduce certain outcomes by means of; spreading awareness, hosting events for environmental chores, using filters for industrial factories and vehicles, limiting our meat consumption, emphasize reusability, etc. But that’s how far citizens can go, however, what are governments in Europe doing? A government that pays attention to the pollution crisis in its country and worldwide will have to start setting limits and boundaries to businesses and manufacturing factories that are built on the emission of Carbon.

In Europe, July this year, the European Commission presented a so-called ‘Fit for 55‘, which is made up of a comprehensive package of proposals to achieve the climate target of a 55% emissions reduction by 2030. A further proposal is to levy a carbon tax at the European border, known as the Carbon Border Adjustment Mechanism (CBAM), that applies to imports of electricity, iron, steel, cement, aluminum and fertilizers. So far the reduction of green house gas emissions prove to be the most effective method.

These industries will never cease to grow and, consequently, the pollution they cause will therefore potentially increase proportionally. This is because Carbon is the major greenhouse gas that’s accumulating around the planet due to human activities such as the burning of fossil fuel in traffic, agriculture, and other industrial operations. It is currently at its highest rate in the atmosphere which makes it severely noticed in the content of water and attributes to the effects of climate change.

Setting limits to this kind of Carbon emission is important. If we pay for fuel or resources, we might as well pay for the consequences of what Carbon emission has on the environment to satisfy our needs. Personally, I’d never see myself owning a car because I do have an alternative which is public transportation. For this, I neither pay to pollute the planet nor do I pay to fix it – this could be one example of not contributing too much Carbon emissions, of course, there are multiple ways to do just that in limiting your own Carbon footprint.

There are also special days in Europe to raise more awareness on Carbon emissions, for example, the World Car-Free Day in Europe is a well-established event and raises awareness; which is celebrated on September 22, encourages motorists to give up their cars for a day. Organized events are held in some cities and countries. As history also confirmed on many occasions; if people can feel their responsibility towards the planet, they would work in different ways to get what they want so that they reduce this kind of pollution as much as they can. 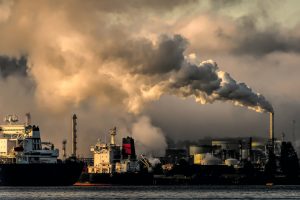 What comes with Carbon emission tax?

European countries are, as a matter of fact, are introducing Carbon Tax. However, the tax varies from 1$ to 100$ per metric ton of Carbon emission. This tax shouldn’t vary from one European country to another because it is now a standard to attract business industries. It is evident to say that taxing carbon emission has no effect on business growth and prosperity. On the contrary, it’s giving the business an image of responsibility, innovation, and ethics.

European funding will be available for green projects such as creating natural reserves, social empowerment, and encouraging agricultural businesses. As this green domain grows, it will prove ways for a sustainable future, where we meet our needs without compromising the ability for future generations to meet theirs. Enough alternatives, more initiative.

“Tamara Nasr is our content creator from Lebanon and a recent graduate student from Lebanon University with a Bsc. in Biology. She joined Circle of Sustainable Europe (CoSE) because she believes it gives her the opportunity to be part of the change and also to share her knowledge by writing articles about green economics and recyclable materials in order to involve youth in eco-friendly projects. 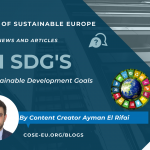