Attending the COP26 in Glasgow

Circle of Sustainable Europe has been granted an admission to attend this year’s edition of the United Nations Climate Change Conference taking place in Glasgow, United Kingdom, from the 1st of November to the 12th of the same month. During these twelve consecutive days, world leaders, negotiators, entrepreneurs, businesses, and government representatives are expected to attend this urgent summit as it is believed to be the last chance to put the climate change crisis under control before it becomes too late to do so. 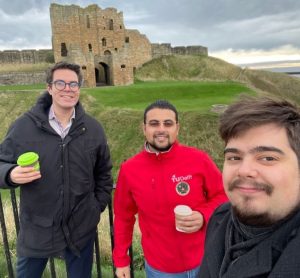 In this decade alone, enough natural disasters have taken place on our planet for us to take action regarding climate change. Bushfires spread quickly in countries from different parts of the world, including Australia, Turkey, Greece, and the United States. This has led to the endangerment of many species and to the migration of others as well as people who had to evacuate their houses. In addition to this, floods have recently caused the displacement of many populations after heavy downpours led to the overflow of the rivers in places like the Indonesian capital city Jakarta or the Assam region in India. Heavy rainfalls have also caused the death of over 55 people in Nigeria and Nigeria as well as more than 200 deaths in Western Europe. 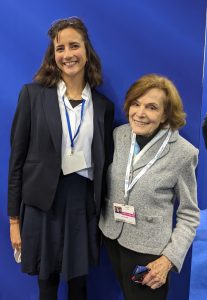 Six years ago, during the COP21 in Paris, all attending countries agreed to work hand-in-hand and make an effort to put an end to global change and save our planet. The Paris agreement was born, with the main goal to aim for as low as 1.5 degrees and dedicate money to achieve this goal. However, there was not enough effort made to reduce emissions globally, which makes it even more challenging to hold temperature increase to 1.5 degrees. For that reason, Alok Sharma, the president-designate of the COP, said that COP 26 needs to be decisive and invite everyone to seize this moment together because “every fraction of a degree of warming results in the tragedy of many more lives lost and livelihoods damaged.” There is a dire need for solid global climate leadership in order for us and the coming generations to have a sustainable future on this planet.

Sponsor and Partner CATTS (Partner In Customs And Trade Compliance)

This year, COP26 focuses on four different but interrelated main goals. The first and previously discussed one is keeping 1.5 degrees within reach, and it consists of reducing emissions to reach net zero by 2050, which requires more investment in renewable energy. The second goal is adapting to protect communities and natural habitats which requires the protection and restoration of ecosystems to avoid the loss of livelihood. The third goal is to mobilize finance in order to realize the first two goals, and it is expected that at least $100 billion need to be raised for this cause. The fourth and final goal is for everyone to work together in order to rise to the challenges of climate change and to start taking real action.

This year, the COP26 is going to be crucial to take a step further in facing our global crisis. This is the moment where global leaders could pave the way for a model of governance where our planet and natural resources are preserved and protected, and where they are seen as important as the global firms’ economic interests.

What were the key actions?

The first emphasis was said to have been Adaptation. Parties established a work program to define the global goal on the forms of adaptation, which will identify collective needs and solutions to the climate crisis already affecting many countries. The Santiago Network was further strengthened by elaborating its functions in support of countries to address and manage loss and damage. And the CMA approved the two registries for NDCs and Adaptation Communications, which serve as channels for information flowing towards the Global Stocktake that is to take place every five years starting in 2023.

Finance was extensively discussed throughout the session and there was consensus in the need to continue increasing support to developing countries. The call to at least double finance for adaptation was welcomed by the Parties. The duty to fulfill the pledge of providing 100 billion dollars annually from developed to developing countries was also reaffirmed. And a process to define the new global goal on the use of finance was launched.

On mitigation, the persistent gap in emissions has been clearly identified and Parties collectively agreed to work to reduce that gap and to ensure that the world continues to advance during the present decade, so that the rise in the average temperature is limited to 1.5 degrees. Parties are encouraged to strengthen their emissions reductions and to align their national climate action pledges with the Paris Agreement. 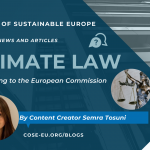 The Challenges Of The European Climate LawClimate Change