Did you ever felt a sense of wonder looking up at the night sky? Or seeing a picture of planet Earth hanging in the vastness of space? Did it change your perspective on how you look at life on this planet? Hard to believe you didn’t.. As the world becomes more interconnected through mainly the internet old believes, stories and methods become obsolete. Meaning the world is getting more transparent to everyone. How people take care of anything is how they take care of everything. As also the environment we are living in dictates how we treat it, but indirectly also each other. Yet in a world full of technological innovation, communication and social changes having an open mind is necessary to cope with these changes and tackle challenges on a worldwide scale. 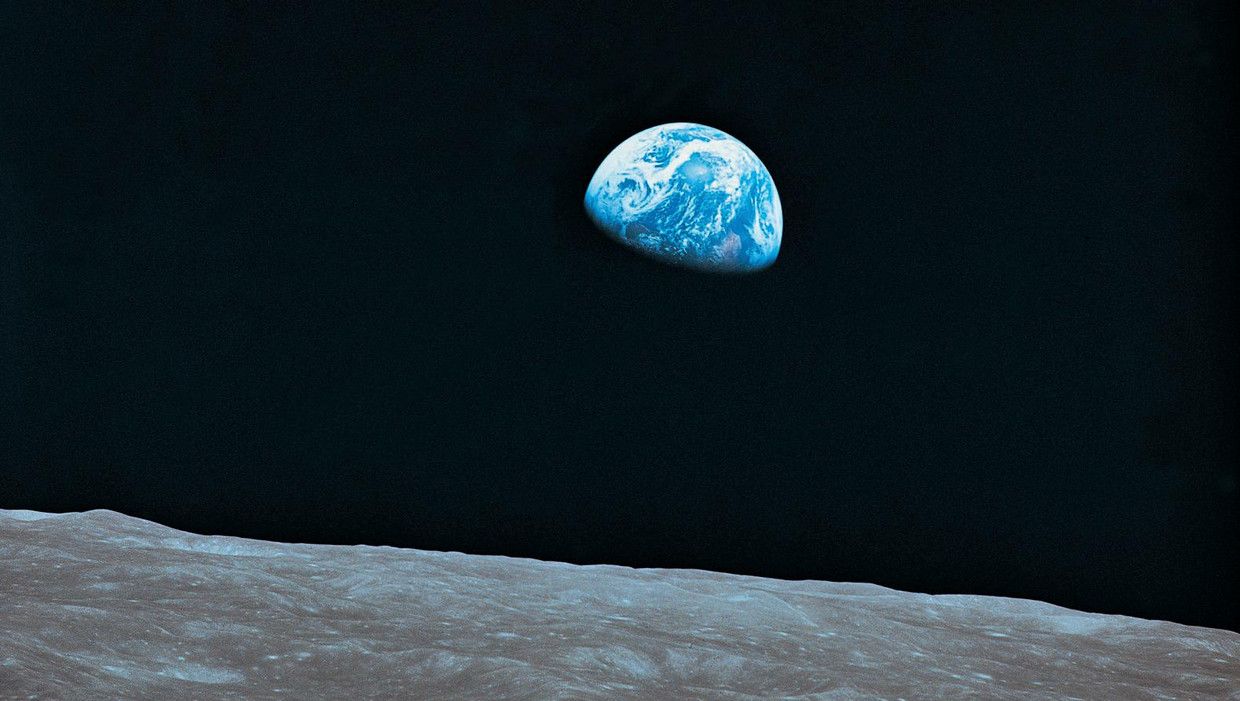 “Circling the Earth in my orbital spaceship, I marvelled at the beauty of our planet,” said Yuri Gagarin (1934 – 1968) “To be the first to enter the cosmos, to engage, single-handed, in an unprecedented duel with nature—could one dream of anything more?” According to Wikipedia the Overview Effect is described as a cognitive shift in awareness reported by some astronauts during spaceflight, often while viewing the Earth from outer space. It is the experience of seeing first-hand the reality of the Earth in space, which is immediately understood to be a tiny, fragile ball of life, “hanging in the void”, shielded and nourished by a paper-thin atmosphere. From space, national boundaries vanish, the conflicts that divide people become less important, and the need to create a planetary society with the united will to protect this “pale blue dot” becomes both obvious and imperative. Astronauts: Yuri Gagarin, Ron Garan, Rusty Schweikart, Edgar Mitchell, Tom Jones, Scott Kelly, James Irwin, Mike Massimino and Chris Hadfield are all reported to have experienced the effect. Third-party observers of these individuals may also report a noticeable difference in attitude.”

Yuri Gagarin the first man to orbit the Earth was born 9 March 1934 in the village of Klushino, near Gzhatsk (renamed Gagarin in 1968 after his death). His parents worked on a collective farm Alexey Ivanovich Gagarin as a carpenter and bricklayer, and Anna Timofeyevna Gagarina as a milkmaid. Yuri was the third of four children: older brother Valentin, older sister Zoya, and younger brother Boris. Yuri Gagarin went into Space on 12 April 1961 travelled across the Atlantic Ocean and then across the Pacific Ocean in a timeframe of 89 minutes and 9 seconds. Upon re-entry the descent module had failed to detach properly, almost causing a major disaster as it violently shook the Soviet Union Vostok spacecraft Yuri Gagarin. Until after a few minutes it worked properly. He also experienced forces up to eight times the pull of gravity, almost losing his consciousness. But eventually landed safety through his parachute as the Vostok spacecraft didn’t had an engine to slow down its re-entry upon landing.

Upon his return to Earth, Gagarin was an international hero. A cheering crowd of hundreds of thousands of people greeted him in Red Square, a public plaza in Moscow. A national treasure, Gagarin travelled around the world to celebrate the historic Soviet achievement. Because the Soviets did not want to risk losing such an important public figure, they were hesitant about allowing Gagarin to return to space. He continued to make test flights for the Air Force. Gagarin later served as the deputy training director of the Cosmonaut Training Centre outside Moscow, which was later named after him. Gagarin died in 1968 when the MiG-15 training jet he was piloting crashed together with his former co-pilot. The Fédération Aéronautique Internationale awards the Yuri A. Gagarin Gold Medal in his honour.

“People of the world, let us safeguard and enhance this beauty and not destroy it.” – Yuri Gagarin

Now in order to preserve the beauty of this planet Yuri and other astronauts are talking about, some practical action backed by scientific facts needs to happen so humanity is not ending up destroying its only home planet. If people want to leave a legacy to its future young generations, it is vital to have valid data that can measure these global challenges. To raise awareness and report this “Overview” of data maintaining, mitigating and adapting on these global challenges is of crucial importance. As you can see in the statistics below by the Global Shapers Community, young people already seeing global issues as a threat to our very existence. Over 90% of young people agree strongly that humans are responsible for the current climate crisis.

Since the 1972 UN Conference on the Human Environment the reach of sustainable development governance has expanded considerably at local, national, regional and international levels. A way to act and to inform the people upon these challenges for young and old generations are The 2030 Agenda for Sustainable Development, adopted by all United Nations Member States in 2015, provides a shared blueprint for peace and prosperity for people and the planet, now and into the future. At its heart are the 17 Sustainable Development Goals (SDG’s) which are an urgent call for action by all countries – developed and developing – in a global partnership. The need for the integration of economic development, natural resources management and protection and social equity and inclusion was introduced for the first time by the 1987 Brundtland Report (Our Common Future), and was central in framing the discussions at the 1992 United Nations Conference on Environment and Development (UNCED) also known as the Earth Summit.

Watch the video: The Overview Effect